SHOFCO: Managing Community Development Programs in the Slums of Nairobi

Kibera, Nairobi’s largest slum, is home to an estimated 1 million people. Here, access to even the most basic necessities, like electricity and potable water, is a challenge. Services that so many of us take for granted such as trash collection, medical care, education, or even public spaces are almost completely unavailable to most of the slum’s residents.

Co-founded by a former Kibera resident, Shining Hope for Communities (SHOFCO) believes it can change this by simultaneously attacking the issues of gender inequity and poverty. SHOFCO hopes to demonstrate that improving the community as a whole is inextricably tied to improving the lives of women and girls; what began with a school for girls has expanded to include a clinic, a water tower, and a community center, complete with both a cyber café and a library. Any Kibera resident can take advantage of these resources as well as the organization’s variety of support groups and trainings, many of which are run by people who, having used SHOFCO services in the past, have since become employees or dedicated volunteers.

With such a wide range of programs, SHOFCO instituted a membership ID program, hoping to gain a better understanding of the over 20,000 Kibera residents using their programs each year. New members were assigned an ID number by a SHOFCO staff member, and this ID number was written down by hand whenever they used one of the organization’s services. But without a technical backbone, this manual, paper-based system caused as many problems as it solved—multiple IDs could be assigned to the same person, and names and IDs were sometimes recorded inaccurately, making it difficult to track which individuals were actually benefitting from the organization’s programs. These types of small mistakes would take weeks to identify and correct—assuming that they were discovered in the first place. Most importantly, however, even if the data for a particular service were accurate, SHOFCO had no way to track individuals over time and across programs, leaving it unable to see the true scope of its impact. “Even though we could track individual beneficiaries within each program, we couldn’t track someone from when they first came in across programs to see the impact that various programs and services might have along the way,” said Vice President of Programs Jordyn Wells.

Vera helped SHOFCO design and implement a comprehensive, barcode-based technology solution that, today, enables Kibera residents to scan in to access each of SHOFCO’s programs or services, and gives SHOFCO an unprecedented level of visibility into its community’s health and wellbeing. SHOFCO initially undertook a massive community registration drive during which community residents were issued a unique identification card and registered in a central Force.com database. Vera then designed a series of Visualforce pages that would allow SHOFCO’s local staff across Kibera—staff manning the water tower, those leading community events, those watching over the library—to take members’ attendance with USB- and mobile-barcode scanners. For instance, at the SHOFCO water tower, where a perpetual line of residents with empty jerry cans snakes around the tower’s base throughout the day, SHOFCO attendants register every transaction of as little as KES20 (USD0.25) in real time, allowing them to manage the nearly 100,000 liters dispensed to residents daily. Not only does this immense amount of data give SHOFCO deep insights into this single program, but by tracking where and when each SHOFCO member participates, the organization can now see if, for instance, greater usage of its water tower is related to better health outcomes in clinic patients.

This near immediate data-input has allowed SHOFCO to catch mistakes more quickly, empowering staff to address problems as they arise. “Because data is entered every day, we can catch mistakes much earlier and it allows us to solve problems so much faster,” said Wells. “Like when we lost power and had to take down people’s ID numbers by hand. Once we were entering the information into the system, we knew immediately if someone’s information had been taken down incorrectly. We don’t have to wait for a monthly report to tackle these kinds of issues.”

Whereas data and data collection were previously a burden, today, the organization can use the wealth of demographic and program participation information generated by each member to track, amongst other things, the results of its baseline community survey, which measures indicators such as attitudes towards women and overall quality of life, in order to compare SHOFCO members against the greater Kibera community and further assess its programmatic impact.

We look forward to seeing how SHOFCO will continue to use their data to learn from their programs. 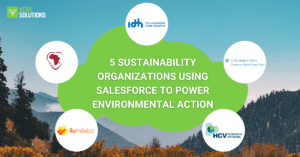 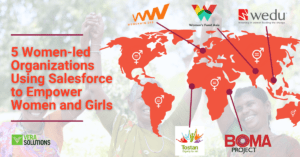 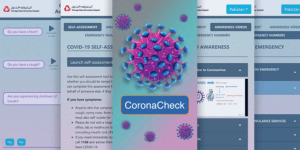